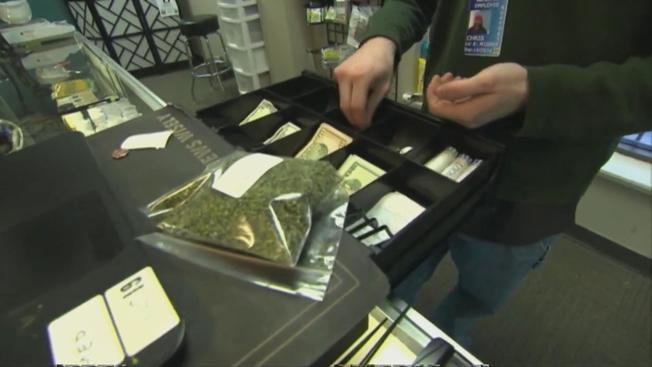 As Pennsylvania’s medical marijuana program begins to take shape, local lawmakers worry Philadelphia could be left out of the burgeoning economy.

A state rule prohibiting dispensaries from being within 1,000 feet of schools or daycare centers poses a potential roadblock for a city bursting with both amenities. If enforced in the city, Philadelphia could lose out on having any dispensaries within city limits.

Councilman Derek Green is leading the charge to change that rule before the state breathes life into its inaugural cannabis program next year.

“The goal is to say to the state ‘Allow us to use the regulatory zoning framework … to have an industry flourish in Philadelphia and provide constituents with access to dispensaries within their communities,” Green said.

He and 16 members of city council sent a letter last week to John J. Collins, the director of the office of medical marijuana, asking the Pennsylvania Department of Health to reconsider the existing zoning restriction. In its place, Green proposed a 500-feet rule that would apply to both child-serving entities – such as schools, libraries, parks, playgrounds and daycare centers – and adult attractions, such as bars and tattoo shops.

“This rule strikes a balance between access for patients and concern about proximity to children in the spirit of the Medical Marijuana Act that makes sense for Philadelphia,” the letter said.

In addition for providing access to patients, encouraging dispensaries inside the city could also bring a big revenue boost.

“It could have a very significant economic impact,” Green said, adding that the industry generated more than $5 billion in 2016.

“The commonwealth has the reputation as having educational and research opportunities for medical institutions. None of the other states that allow medical marijuana allow research – we can grow on that existing edge.”

Recently, Thomas Jefferson University received $3 million from Australian philanthropists to support its ongoing medicinal cannabis research. And pharmaceutical companies such as KannaLife, located in Doylestown, have already started looking into marijuana-based treatment for head injuries common in football and other sports.

This kind of research first sparked Green’s interest in cannabis. As a father whose 16-year-old son has autism, the councilmember is interested in how alternative treatments can help families who have exhausted other options.
For example, a 2013 study found that certain cannabinoid brain receptors offer a “potential therapeutic target for the pharmacological management of the autism care.” A second study published that same year reached a similar conclusion in mice.

Green wants to encourage this kind of research to continue in both Philadelphia and the commonwealth. Gov. Tom Wolf told NBC10: “I am reviewing [the request] and certainly want to be as cooperative as I can.”

The state is expecting to receive $8.4 million in application fees alone. This revenue will be put into a medical marijuana fund and distributed to the Department of Health, Department of Drug and Alcohol Programs and law enforcement agencies.

Applications for dispensaries and cultivation are open now through March 20.