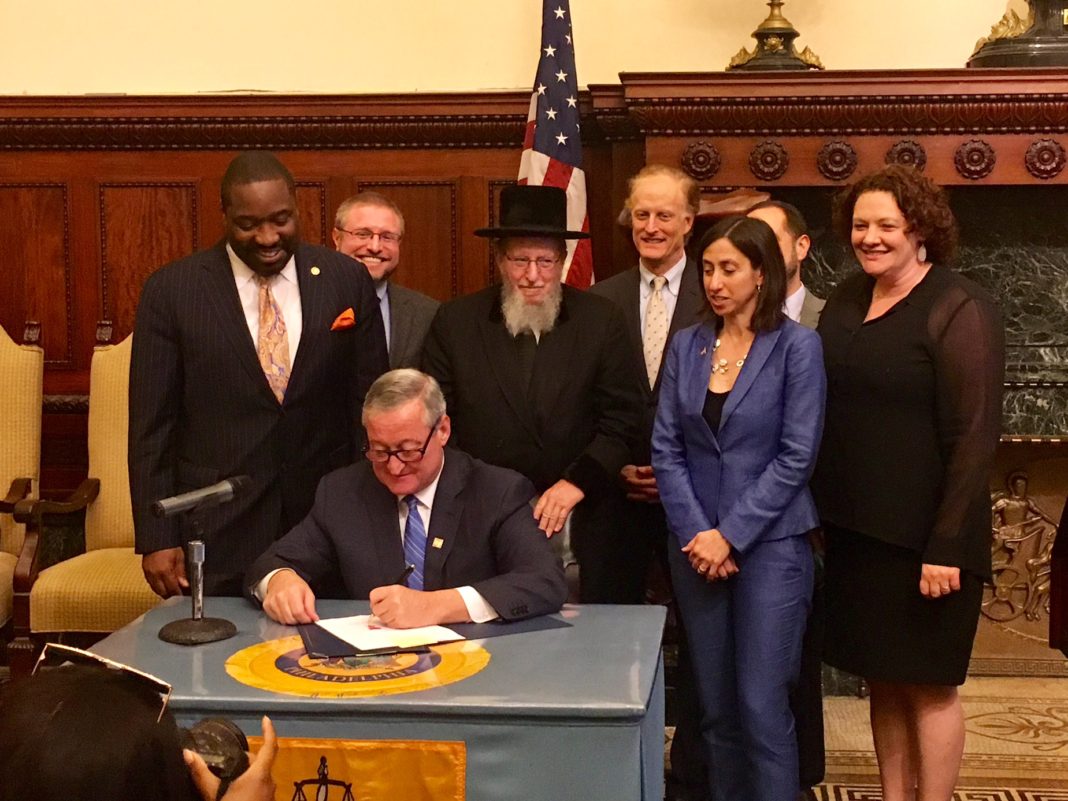 Councilman Kenyatta Johnson’s ethnic intimidation bill, introduced after the vandalism of more than 100 headstones at the Mount Carmel Cemetery in Wissinoming in February, was signed into law by Mayor Jim Kenney.

Per the Ethnic Intimidation and Institutional Vandalism bill, which was signed June 22, “institutional vandalism is the intentional desecration” of objects. Fines will be applied to each individual act of vandalizing a headstone, grave marker or gravesite.

“We should not be dealing with any forms of hate and discrimination. Those who engage in these types of acts are cowards,” he said.

He decided to amend the city ordinance that focuses on hate crimes. The new law now charges those responsible for desecrating or vandalizing headstones per headstone.

For just one headstone, the fine is $2,000. Upon a third successive violation, offenders can be imprisoned for up to 30 days.

“[The signing] was also an opportunity for us as a city to stand together as a sign of solidarity and unity against all forms of hate,” Johnson added.

The ethnic intimidation bill was joined by Green’s similar bill relating to incidents of racism in the Gayborhood. It amends the fair practices ordinance, allowing the Commission on Human Relations to cease operations of a business in response to unlawful discrimination.

Johnson’s bill applies to all cemeteries within the city of Philadelphia.

Johnson, who is not Jewish, said he has a special affinity for his “Jewish brothers and sisters.” He visited Israel on an American Jewish Committee trip three years ago for AJC members and others from African-American and Jewish communities, and credited it with having a transformational impact on his life.

“First and foremost, I am an African-American, so I come from a history of activism and addressing issues of social justice,” he explained. “I believe that no human beings should be subjected to any part of hate or discrimination based upon their religious or ethnic identity.”

Johnson hopes the new law will decrease these types of incidents in the future.

“We’re living in a time right now under a presidency where people are becoming emboldened by some of the hateful rhetoric that they may hear,” he said, “so it’s important to step up when we see any types of hate taking form.”