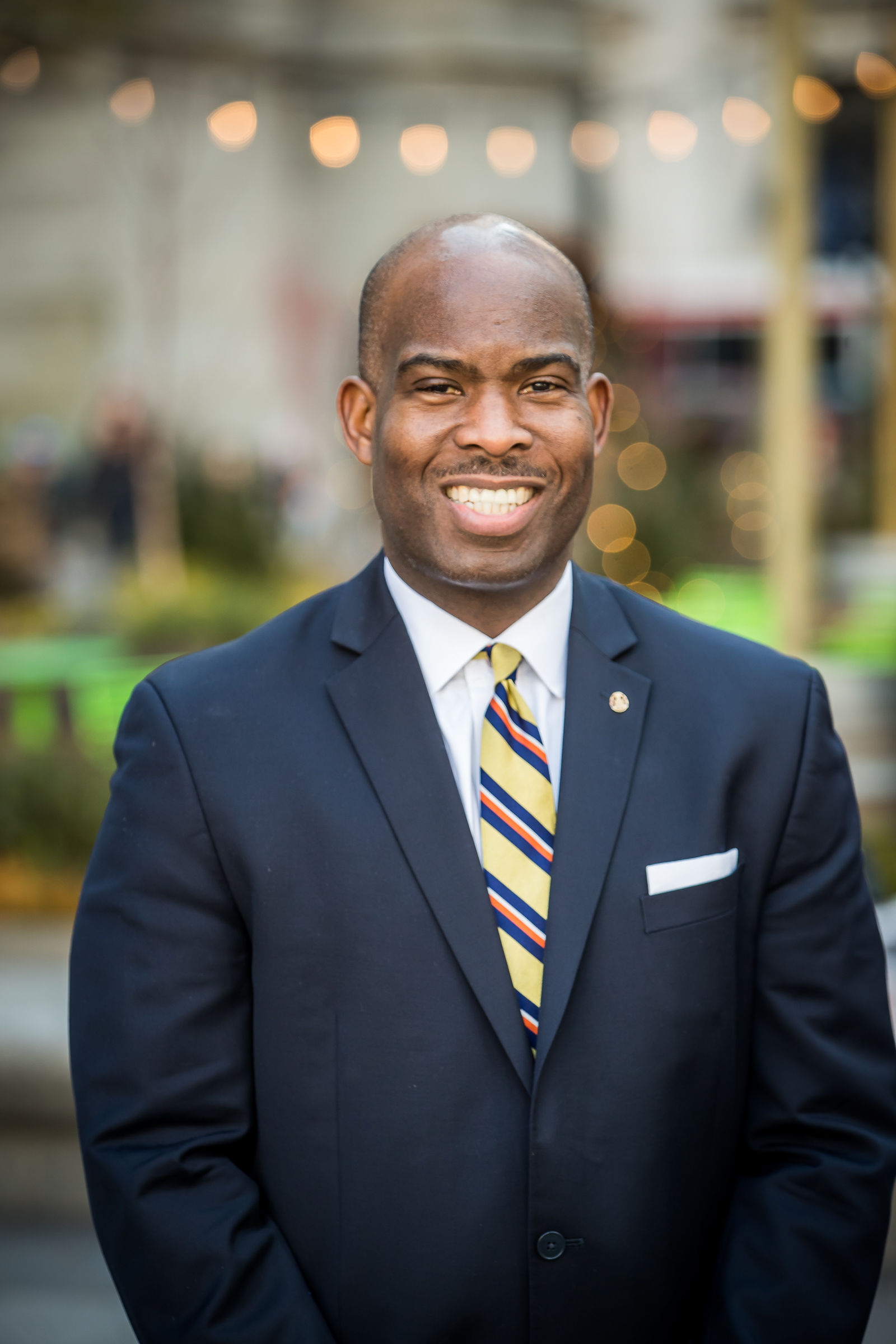 Before his election, Councilmember Green was the Special Counsel to Councilmember Marian B. Tasco. In this capacity, he proposed and drafted legislation as well as reviewed and monitored local, state, and federal legislation. He also served as counsel to the Philadelphia Gas Commission Chair and the Committees on Finance and Public Health and Human Services and managed various Council hearings and meetings with constituents and executives.

Additionally, Councilmember Green’s legal experience includes positions as an Assistant District Attorney in Philadelphia and Assistant Deputy Attorney General for the State of Delaware (Securities and Criminal Divisions). He is admitted to practice law in the Commonwealth of Pennsylvania and State of New Jersey. He is also a graduate of the University of Virginia and Temple University School of Law and is a member of the Center for Progressive Leadership’s inaugural class of Political Leadership Fellows, and served as a faculty member and alumni Board Director. Furthermore, the Pennsylvania Law Weekly named Councilmember Green as a Lawyer on the Fast Track, Cheyney University honored him with the President’s Outstanding Community Leader Award, Community College of Philadelphia presented him with their Distinguished Leadership Award, Democratic Municipal Officials awarded him with their President’s Award, Urban Education Fund honored him with the Gimper Award for Outstanding Service, Bensalem High School honored him with its first Distinguished Alumni Award, Leadership Philadelphia selected him as one of the region’s key connectors and leaders, Metro Philadelphia selected him as one of 6 new young political leaders, and the Philadelphia Daily News named him one of the 10 under 40 rising political stars. In 2018, he was selected as NewDEAL Leader.

Before becoming an attorney, Councilmember Green was a consumer and small business lender for Meridian Bank. He also served in a leadership capacity in a number of civic and professional organizations including President of the Center in the Park, Inc. and East Mount Airy Neighbors, Inc. (“EMAN”), First Vice President of the Germantown YMCA, Vice President of Young America Political Action Committee, Co-Vice Chair of the PA Bar Assoc.’s Legal Services to the Public Committee. Further, he served as a Board Director for the Green Tree School, Mt. Airy USA CDC, Urban League of Philadelphia, West Oak Lane Charter School, West Philadelphia YMCA, and served as pro bono counsel for the Family Life Centers of Canaan Baptist Church and Salem Baptist Church of Jenkintown.

Councilmember Green and his wife, Sheila, co-founded the first Autism Support Class at Houston Elementary School to help other Autistic children like their son. To aid other families affected by Autism, they are a top regional fundraiser for Autism Speaks.

Derek Out and About
CONTRIBUTE